The second video we are making for the album is currently being edited. Shot and directed at Wilton's Music Hall (in the Mahogany Bar) by Jeff Baynes it promises to be stunning to look at. Jeff, whose CV is far too extensive to list in full, has worked with most of the big names in popular music including Madness's ground breaking videos in the early eighties. Here is a panoramic photo of the shoot as a taster taken by Gareth Huw Davies, the double bass player on the album. Both videos will be released separately to accompany the album's release. Watch this space.

Tonight I am a character called 'Spud' on Radio 4's Down The Line at 6.30 pm. I will be performing a song about fracking in Morecambe written by myself and Jim Reilly in about ten minutes. Charlie Higson has told me that it is funny but ". . . not in the way you expected." I await the programme with foreboding.
Posted by https://fanningsessions.wordpress.com/2019/11/02/the-montoya-sound-1990/?fbclid=IwAR0jy-GkExjdvqpIpOwzgaDQnkxKKOCpbwJIDn83Dcx6fIJDPNns2tRDHp8 at 07:39

PHOTOGRAPHS OF THE 'CLOWN' SHOOT

Here are a couple of photos of the video we are making for a track from my forthcoming album, Midnight in Havana. Look out for the finished film which will be released to coincide with the release of the album. 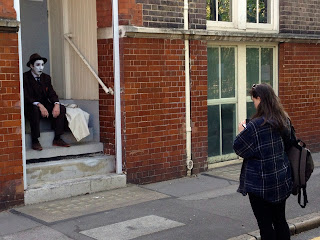 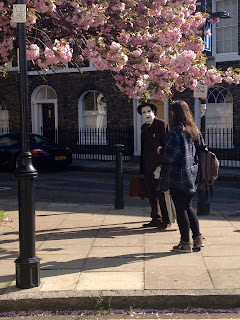 I have been informed that we will be playing the single, Fu Manchu,  LIVE with Bitty McClean and one other track (yet to be confirmed) on the BBC's flagship music show 'LATER'. So set your televisions for BBC2 on Tuesday 21st May. And - furthermore - we will be launching the Album on the 28th May 2013 at the legendary Dublin Castle. See you there!
Posted by https://fanningsessions.wordpress.com/2019/11/02/the-montoya-sound-1990/?fbclid=IwAR0jy-GkExjdvqpIpOwzgaDQnkxKKOCpbwJIDn83Dcx6fIJDPNns2tRDHp8 at 06:27

STOP PRESS! The Lee Thompson Ska Orchestra will be doing an interview and live session on the Robert Elms show between 12 and 3 pm this afternoon. Such a last minute arrangement that the band will be a 'streamlined' version of the whole experience. No doubt we will be madly discussing what to play (and how!) with necessarily restricted instrumental forces. Just another day in the exciting world of show business.
Posted by https://fanningsessions.wordpress.com/2019/11/02/the-montoya-sound-1990/?fbclid=IwAR0jy-GkExjdvqpIpOwzgaDQnkxKKOCpbwJIDn83Dcx6fIJDPNns2tRDHp8 at 23:11